A few words about the village name: In 1954, state officials decided to rename it "Kalamaki" after its homonymous beach at the Aegean sea, because the old name Propan (which is of unknown origin, probably non-Greek) was considered undesirable. However, in 2014 at local people`s request, the original name was officially reinstated. All the road signs and most of the maps however, are slow to change. 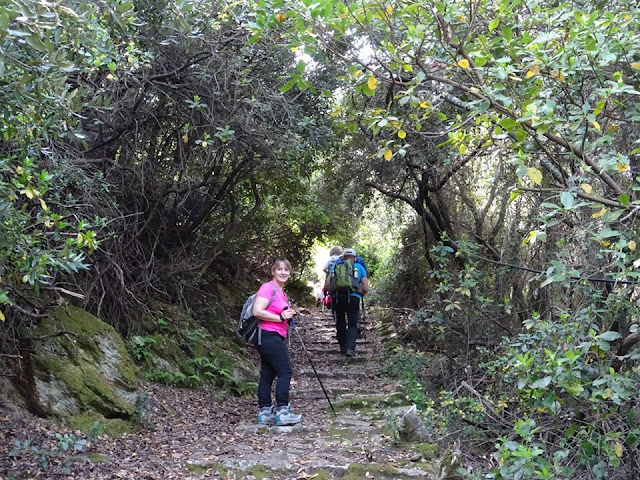 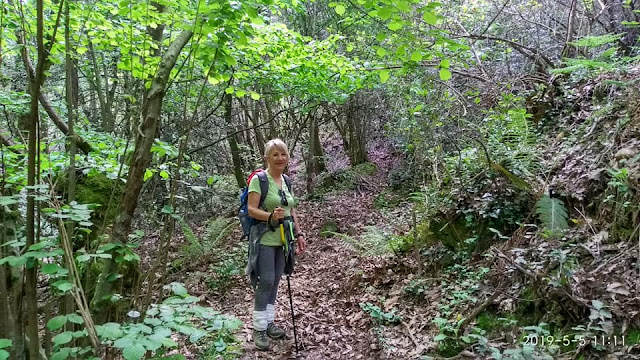 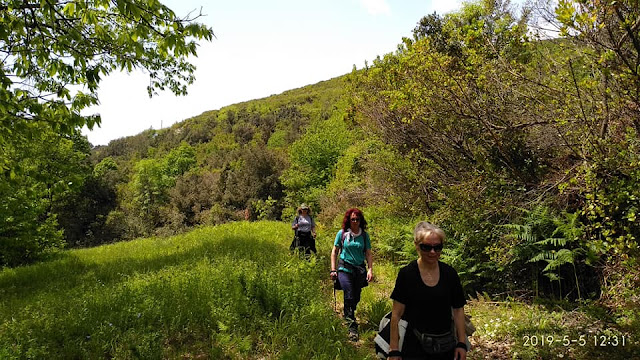 After about one kilometer on the earth road, as it goes uphill to meet the asphalt road that runs above us, we leave it to the right, watching for the red marks and the signs.  We now walk on a wide earth track, which later becomes a   descending kalderimi. Further on, we walk on the upper limit of a couple of orchards. As we go past a small landslide, the earth path becomes kalderimi again.
Finally we come down to the chapel of Agios Ioannis and walk now on road. We go straight past a junction with an asphalt road to the right going down towards Kalamaki beach and at the next junction we leave the asphalt and take the stone-paved track to the right, which leads to the square in five minutes.
Posted by Kyriakos Stathakis at 1:24 PM No comments: